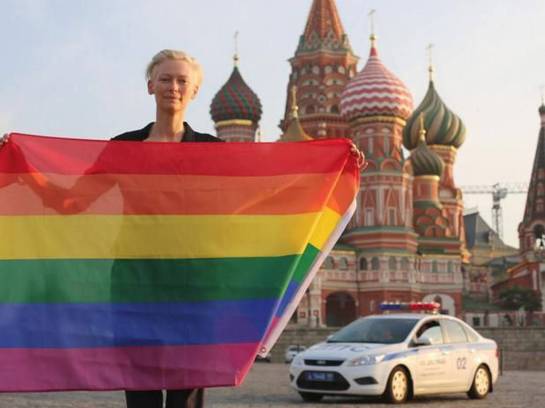 Tilda Swinton with a rainbow flag, in front of Saint Basil’s Cathedral in Red Square Moscow, July 2013. Tilda’s photo was released along with a statement that read: In solidarity. From Russia with love.

check the: 36 Photos From Russia That Everyone Needs To See @ Buzzfeed

Belarusian beauty Maryna Linchuk, for April’s Russian Vogue editorial: How I Met Your Mother.. According to Vogue Maryna -not a mother in real life- is the perfect modern ..mama, all she needs is her sky-high Christian Loubouti stilletos and an always flying ponytail. Baby is optional but NEVER gay. Check the series here 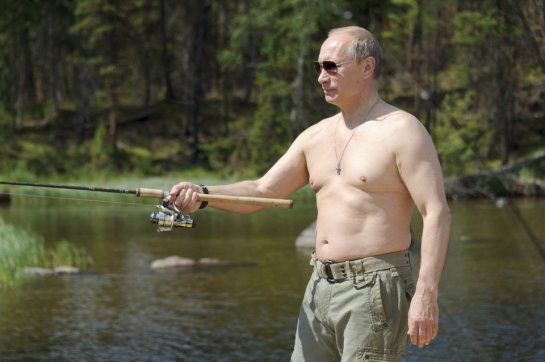 The 60-year-old president Vladimir Putin posing shirtless and shaved in Siberia, July 2013. Video footage and images was released by the Kremlin, showing a macho Putin fishing, driving a motorboat and petting reindeer with his prime minister and defense minister.  (read more here)

previously: From Russia with love  #1 + #2 and the Portrait of a Russian Oligarch

One thought on “meanwhile in Russia..”